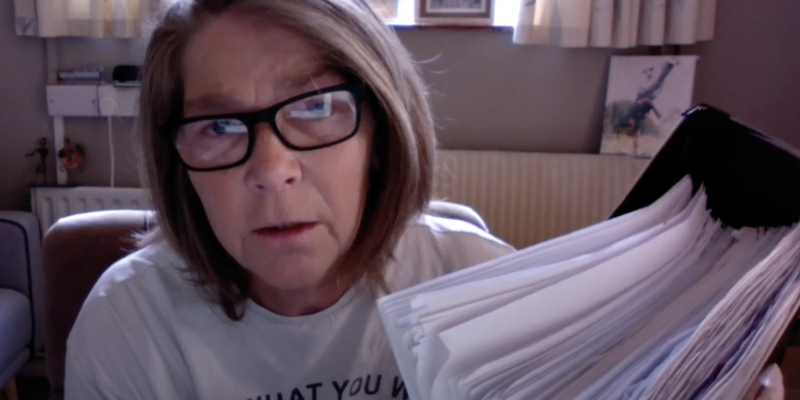 (London) – A new poll shows that 91% of women and 85% of men believe that children should have access to information about harm done to them in utero to help them get diagnosis and support (only 1% of women disagreed or strongly disagreed and 2% of men). 85% of women and 74% of men believe drinking alcohol in pregnancy should be noted as part of routine antenatal care (only 5% of women and 6% of men disagreed or strongly disagreed). These finding show massive public support exists for the intent of the draft Quality Standard on Fetal Alcohol Spectrum Disorder (FASD) being produced by NICE, the National Institute for Health and Care Excellence. FASD is a relatively unknown neurodevelopmental condition which experts say is more prevalent than autism but often undiagnosed.

According to Joanna Buckard of the National Organisation for FASD, which commissioned the poll, “This poll strongly suggests that framing of these discussions is important. While we understand the limits of this sort of poll, these results reflect what we’ve been hearing from members of the public and experts for years. Information about exposure to alcohol in pregnancy is the first step toward diagnosis and is needed for the more than 90% on the FASD spectrum without the distinctive facial features. Every child with a disability has the right to the correct diagnosis. Having the right diagnosis can be the key to understanding and support. This can be life changing.”

Dr Cassie Jackson of the Centre for FASD in Suffolk said, “Lacking this key information when children come for assessment can mean the difference between receiving a diagnosis that will facilitate appropriate support from services moving forward; and continuing undiagnosed, leaving children and young people potentially misunderstood for a lifetime. Accurate documenting of alcohol use during pregnancy is absolutely necessary for timely and accurate diagnosis.”

Jan Griffin said, “Smoking is recorded in pregnancy, so too should alcohol consumption. I’m a birth mother to a child with FASD and I wish I had been advised better. The right of the young child to an early diagnosis would be any mother’s wish.  As a birth mum, I am astounded that some women are thinking only of misplaced privacy. The purpose of noting alcohol consumption is not to nanny state nor cast shame or guilt. As in smoking, genetic disorders, hereditary disabilities the purpose is to access early diagnosis of a condition, be it Down syndrome, cystic fibrosis, low birth weight and FASD. We have an opportunity to help mothers like myself avoid unnecessary outcomes.”

Buckard said, “For 16 years as a trainer in this field, I have repeatedly heard adoptive parents and carers’ frustration at not being able to access diagnosis. Especially heartbreaking are cases of looked after children moving toward independence with no diagnosis and no support. National FASD welcomes the coming NICE Quality Standard on FASD and believes it will be a game changer.”

Sharon Jackson said, “As mum to five young adults with FASD, having a diagnosis and understanding what their problems are is key to their well-being. Why would anyone want to deny access to key information for diagnosis?”

Dr Carolyn Blackburn, Birmingham City University who has authored books on FASD and education said, “We made a commitment to valuing the first 1001 days from conception to 24 months, why then do argue against asking questions that honour this commitment and protect children?” 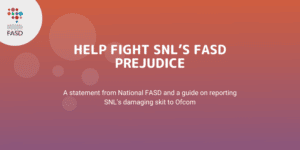 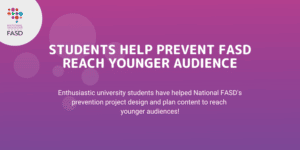